Our taxi picked us up from the AirBnB apartment in El Calafate and took us to the bus terminal for our onward journey to El Chalten. Three hours on the coach, including a toilet stop, and we arrived at our destination. Before the journey ended at the bus terminal we all had a briefing from a park ranger as El Chalten is within the Los Glaciares National Park boundaries.
It was a dull, rainy day and we had a little walk from the terminal to our accommodation; Aparts Complejo Ricanor. Dad had a rough idea where we were supposed to be going as he had checked on Google Maps, however it was not immediately apparent where the apartment reception was. “It should be right here” said Dad and he went and asked a lady in the shop. She came out and pointed a block away, back where we had come from. Our backpacks were heavy and no-one wanted to walk any more. We went to the corner but nothing looked like our apartment. Dad went and asked and was pointed back to the building we had just came from. It turns out the apartment reception was just a door away from the shop and our apartment was above the shop! 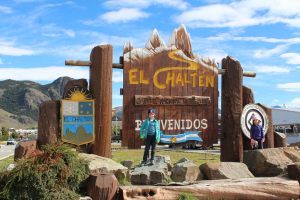 It was a great little two-bedroom apartment and El Chalten was a lovely little village, but we were only here for two nights before having to make our way back to Puerto Natales for our ferry ride through the fjords. We headed out and had a massive steak lunch before getting some groceries in for the remainder of our stay. Since the rest of the day was full of drizzle we rested.
We had wanted to do a hike with the kids. Some of the longer treks to Mt. Fitzroy seemed like they may be a little bit too long for the kids. So, it was that with glorious sunshine in the morning and fantastic views of Mount Fitzroy we set off for Mirador Los Condors, an hour and a half trek out of the village. At first the kids moaned, but as we got higher and higher and had spectacular views over the village and the Fitzroy range the kids were more motivated. In the end, we had trouble getting our son down from the viewpoint and Dad had to climb even higher with him!

The kids at Mirador Los Condors with Mt. Fitzroy in the background.

After a well-earned lunch, Dad decided that the opportunity to get a closer look at Mount Fitzroy was too tempting to pass up. Despite having done the trek in the morning he set off on the three-hour trek to a Fitzroy viewpoint. As soon as he started to ascend the steep stairs he regretted the decision. Still he managed to push on and despite thinking about turning back multiple times he made it to the viewpoint. Unfortunately for him the clouds had now rolled in and the view of Fitzroy were covered. The highlight of his walk came halfway when sitting and resting he saw the old Frenchman from the bus to El Calafate pass him full of joy. It had been his lifetime goal to see Fitzroy and from the look on his face he had finally accomplished this task!
Dad soaked his tired legs in the bath on his return and slept well that night. We had an afternoon bus back to El Calafate so we let the kids run and play around in the wooden park by the school once we had checked out. We had two days of travel starting with this coach trip as we made our way back to Puerto Natales to catch the Navimag Ferry…

Amazed by the Perito Moreno Glacier

Travel on the Navimag Ferry 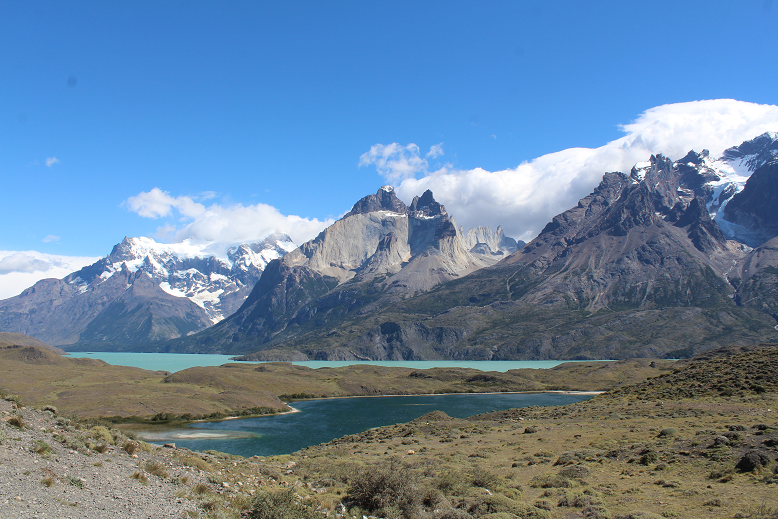 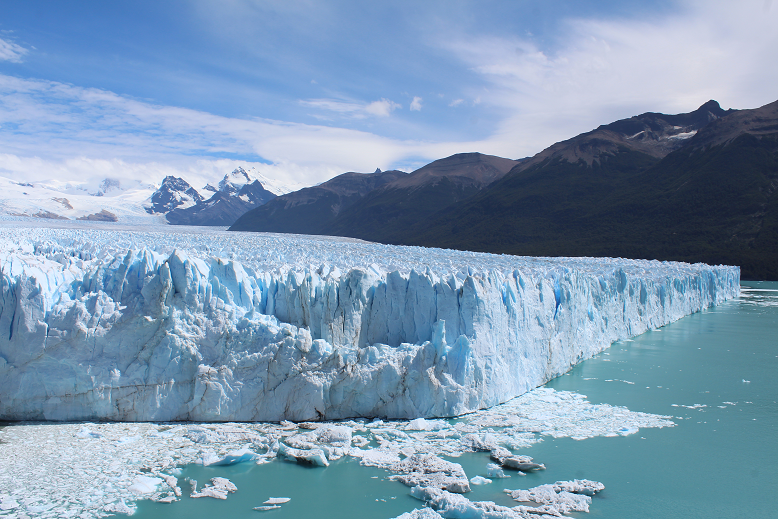 Amazed by the Perito Moreno Glacier 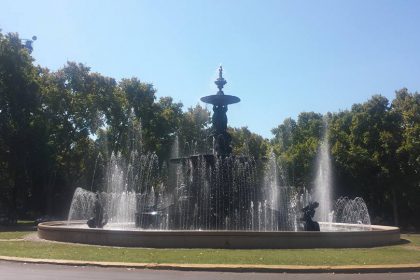